Finally, a car show. After 18 months of frustration and aggravation, we finally succeeded. We could have not asked for a better day, cool in the morning and pleasant in the afternoon. Although the turnout was much less than we expected, it was a great show. There is much more to putting on a car show then anyone imagines, but this year things were even more complicated with the lingering COVID problems. We didn’t even get our permit for the show until a couple of weeks before the show, and we were still concerned about it being cancelled.. But the day of the show went great. Our volunteers arrived by 7am and went to work. Things like setting up the main booth, setting up the concessions, setting up the classification area, setting up the registration tent, setting the poles and class signs, and much more. This all has to be accomplished by the opening of registration. That just gives us an hour and half.

So much of the show was truly a success. With major sponsorship, thanks to Ron Schodroski and Dan Kelly and the individual class sellers, we were financially sound. As always, the Fairlane Club of America came through with sponsorship and very nice entrees. Northern Tool and several members provided the auction items which were very successful. The 50-50 sales were through the roof thanks to our sellers, raising over $1,000 in ticket sales. With changing times with electric cars and the introduction of the new Broncos and Mack-E’s, it was difficult setting the classes. We will make the needed adjustments for next year’s show. Our major sponsors were Bommarito Ford, Sinclair Ford and Ed Akers Insurance. Without their help, we wouldn’t have a show. There are so many people to thank but I would probably leave someone out but special thanks go out to our first time show chairman, John Walling for all of his hard work.. We will soon have a committee meeting to start on our 2022 car show. It never ends. Thanks to everyone who helped with the success of our 34th annual show. 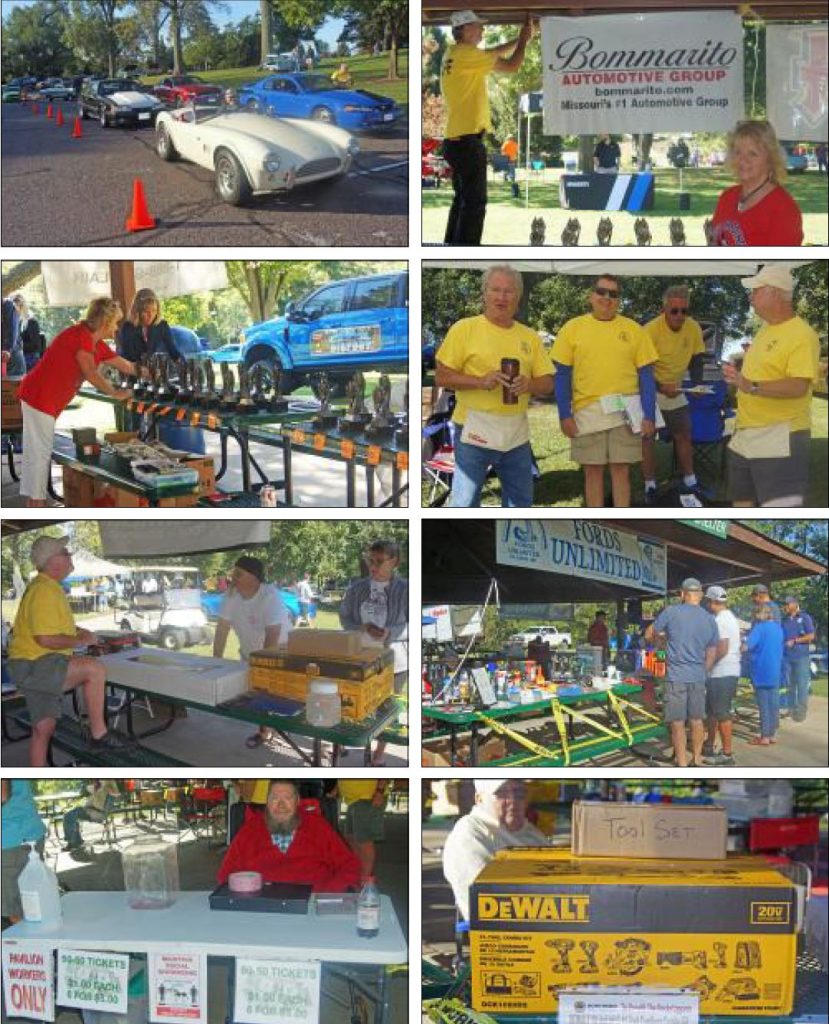